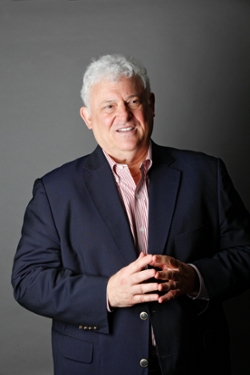 On March 31, 2016, the Farquhar Honors College welcomed to Nova Southeastern University Arthur L. Caplan, Ph.D., a renowned expert on the intersection of medicine, science, philosophy, bioethics, and health policy. Caplan spoke on campus and met with students as part of the college’s Distinguished Speakers Series.

Click here to learn what Arthur Caplan discussed at this lecture.

Caplan is the founder and head of the Division of Medical Ethics at the New York University Langone Medical Center, co-founder and Dean of Research of the NYU Sports and Society Program, head of the ethics program in the Global Institute for Public Health at NYU, and the Drs. William F. and Virginia Connolly Mitty Professor at the Langone Medical Center. Prior to joining NYU, he was the Sidney D. Caplan Professor of Bioethics at the University of Pennsylvania’s Perelman School of Medicine, where he created the Center for Bioethics and the Department of Medical Ethics. Caplan has also taught at the University of Minnesota, where he founded the Center for Biomedical Ethics; the University of Pittsburgh; and Columbia University.

Caplan is the author or editor of 32 books and over 600 papers in peer-reviewed journals. His most recent book is Replacement Parts: The Ethics of Procuring and Replacing Organs in Humans (2015). His 2008 book Smart Mice, Not So Smart People is the focus of an NSU Honors seminar.

Caplan is currently the ethics advisor to DOD/DARPA on synthetic biology, a member of the National Council on Youth Sports Safety, and a member of the Ethics and Ebola Working Group of the World Health Organization. He serves as chair of the Compassionate Use Advisory Committee, an independent group of internationally recognized medical experts, bioethicists, and patient representatives that advises Janssen/J&J about requests for compassionate use of some of its investigational medicines. Caplan is also a commentator for WebMD/Medscape, WGBH radio in Boston, and WMNF public radio in Tampa. He also writes a column on bioethics for NBC.com.

Caplan is the recipient of many awards and honors. In 2014, he received the Public Service Award from the National Science Foundation/National Science Board, which honors those who have made substantial contributions to increasing public understanding of science and engineering in the U.S. Caplan was also named the 2001 Person of the Year by USA Today and received the McGovern Medal of the American Medical Writers Association, the Franklin Award from the City of Philadelphia, and the Patricia Price Browne Prize in Biomedical Ethics (2011).

Caplan holds seven honorary degrees from colleges and medical schools and received his Ph.D. from Columbia University. He is a fellow of the Hastings Center, the NY Academy of Medicine, the College of Physicians of Philadelphia, the American College of Legal Medicine, and the American Association for the Advancement of Science.