Author and New York Times reporter Gina Kolata to discuss her book, Mercies in Disguise: A Story of Hope, a Family's Genetic Destiny, and the Science That Rescued Them at NSU. 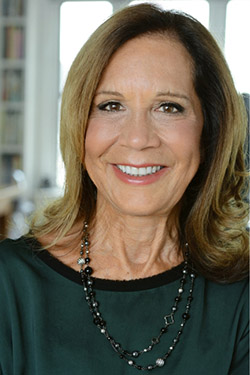 On October 18, 2017, the Farquhar Honors College will welcome to Nova Southeastern University Gina Kolata, author and New York Times science and medicine reporter. Kolata will be speaking on campus and meeting with students as part of the college’s Distinguished Speakers Series.

Gina Kolata is an award-winning journalist with the New York Times and the author of six books, including her most recent - Mercies in Disguise: a Story of Hope, a Family’s Genetic Destiny, and the Science that Rescued Them (St. Martin’s Press, 2017).

A self-proclaimed “exercise addict,” Kolata, who runs five marathons a year, seeks to engage her readers with riveting characters while demystifying the science of personal health. Her 2007 book, Rethinking Thin: The New Science of Weight Loss and the Myths and Realities of Dieting (Farrar, Straus and Giroux, 2007), was a finalist for the prestigious Quill Book Awards.

Kolata has twice been named a Pulitzer Prize finalist for her work with The New York Times. Her investigative reporting was recognized in 2000 for an exposé about pharmaceutical companies secretly paying doctors to test drugs on patients, and in 2010 she was honored in the explanatory journalism category for a story about the lack of progress in the 40 year fight against cancer.

As a graduate student, Kolata studied molecular biology at the Massachusetts Institute of Technology and received a master’s degree in applied mathematics from the University of Maryland, College Park.

Through the years, Kolata has lectured at numerous universities and medical schools and has received awards from various groups, including the American Association of Health Care Journalists, and the University of Maryland, which gave her a Distinguished Alumnus award. She was also awarded an honorary doctoral degree from Bowdoin College in Maine.