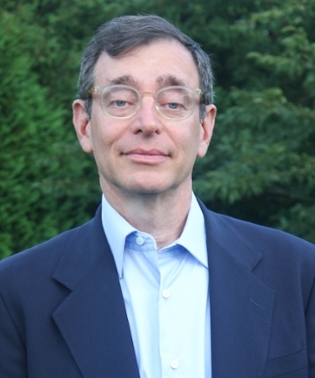 Seth M. Siegel, J.D., a writer, lawyer, activist, entrepreneur, and member of the Council on Foreign Relations spoke at NSU on February 20, 2017.

This event was co-hosted by NSU’s Farquhar Honors College, Halmos College of Natural Sciences and Oceanography, Shepard Broad College of Law, and College of Engineering and Computing.

Siegel is the Daniel M. Soref Senior Water Policy Fellow at the University of Wisconsin’s School of Freshwater Sciences, as well as the co-founder of several companies, including Beanstalk, the world’s leading trademark brand extension company, which he sold to Ford Motor Company. He is also a board member of several not-for-profit organizations and serves as senior advisor to Start-Up Nation Central, an Israeli nonprofit organization that connects government, NGO, and business leaders to relevant people, companies, and technologies in Israel. Siegel produced the Tony Award-nominated Broadway revival of Man of La Mancha.

A renowned expert on global water shortages, safety, regulations, and access, Siegel is the author of the New York Times bestselling book Let There Be Water: Israel’s Solution for a Water-Starved World, which was featured in The Daily Beast’s Best Big Ideas of 2015. Siegel’s book argues that the world is facing a global water crisis and should look to Israel as a model for mitigating water scarcity. All profits from the book’s sales are donated to charity. Siegel’s essays on water and other issues have appeared in The New York Times, The Wall Street Journal, the Los Angeles Times, and in leading publications in Europe and Asia.

Siegel has helped to bring international awareness to water issues through his speaking engagements in more than 50 U.S. cities and around the world, including the United Nations, World Bank, Davos, Google headquarters, and on major college campuses.