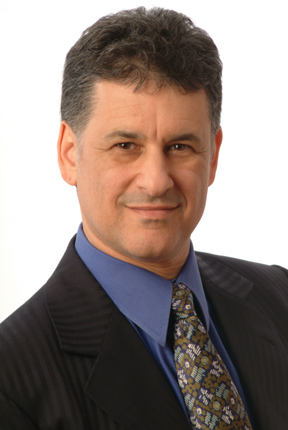 Neuroscientist and musician Daniel Levitin, Ph.D., spoke to members of the NSU community at the Miniaci Performing Arts Center on February 11, 2015, as part of the 2014-2015 Distinguished Speakers Series lecture hosted by the former Farquhar College of Arts and Sciences.

Levitin is a best-selling author, award-winning musician, and professor of psychology and behavioral neuroscience at McGill University in Montreal. He draws from cutting-edge brain research, cognitive psychology, and experience as a consultant for global organizations to explain how leaders become more effective by taking charge of attention and memory systems and using the brain’s natural adaptability.

It’s easy today to become overwhelmed by a constant flow of data and details, the rapid pace of change, and the challenges of multi-tasking and managing complex organizations. In this age of information overload, what does modern neuroscience reveal about how and why some leaders thrive?

During his talk, Levitin discussed how others can learn from successful people who have become adept at managing workflow, channeling their attention, accomplishing tasks, and maximizing their time.

“Information overload is the amount the brain can handle versus what it is being asked to handle,” said Levitin, noting that the Internet provides easy access to a wealth of information at the cost of more distractions, misinformation, and less productivity in some cases.

At the same time people are bombarded with information (about five times more than 30 years ago, according to Levitin), they are expected to perform tasks that once were handled by others (but whose jobs have been eliminated).

All of this can result in feeling more disorganized and stressed, with less free time.

“Multi-tasking is an illusion,” Levitin said. “The brain doesn’t work that way. Uni-taskers get more done, and their work is judged at a higher quality.”

Levitin noted that taking a break to daydream or even a 15-20 minute nap will improve brain function and productivity. “If you daydream, you get more done. You’re more energized and more creative…It acts like a re-set button [of the brain].”

Levitin serves as director of the Laboratory for Music Cognition, Perception, and Expertise at McGill University, and dean of Arts and Humanities at the Minerva Schools at KGI. The recipient of 14 gold and platinum records, he first found success as a musician, record producer, and label executive. He has performed with Bobby McFerrin, Rosanne Cash, and David Byrne; consulted on albums by Stevie Wonder and Steely Dan as well as the films Pulp Fiction and Good Will Hunting; and served as VP and President of 415/Columbia Records.

He is also the author of three best-selling books, including The Organized Mind: Thinking Straight in the Age of Information Overload, which is the selection for the college’s Honors Reading Seminar offered in winter 2015. His other works include The World in Six Songs and This Is Your Brain on Music, which details the psychological and scientific impacts of music––from its composition and performance to why people enjoy it. The book spent 16 months on The New York Times best seller list and became the basis for two award-winning documentaries starring Levitin, Bobby McFerrin, and Sting.

After his keynote talk, Levitin led a Q&A session with audience members, followed by a book signing. Earlier in the day, Levitin met with students from the college’s Undergraduate Honors Program in a special seminar.