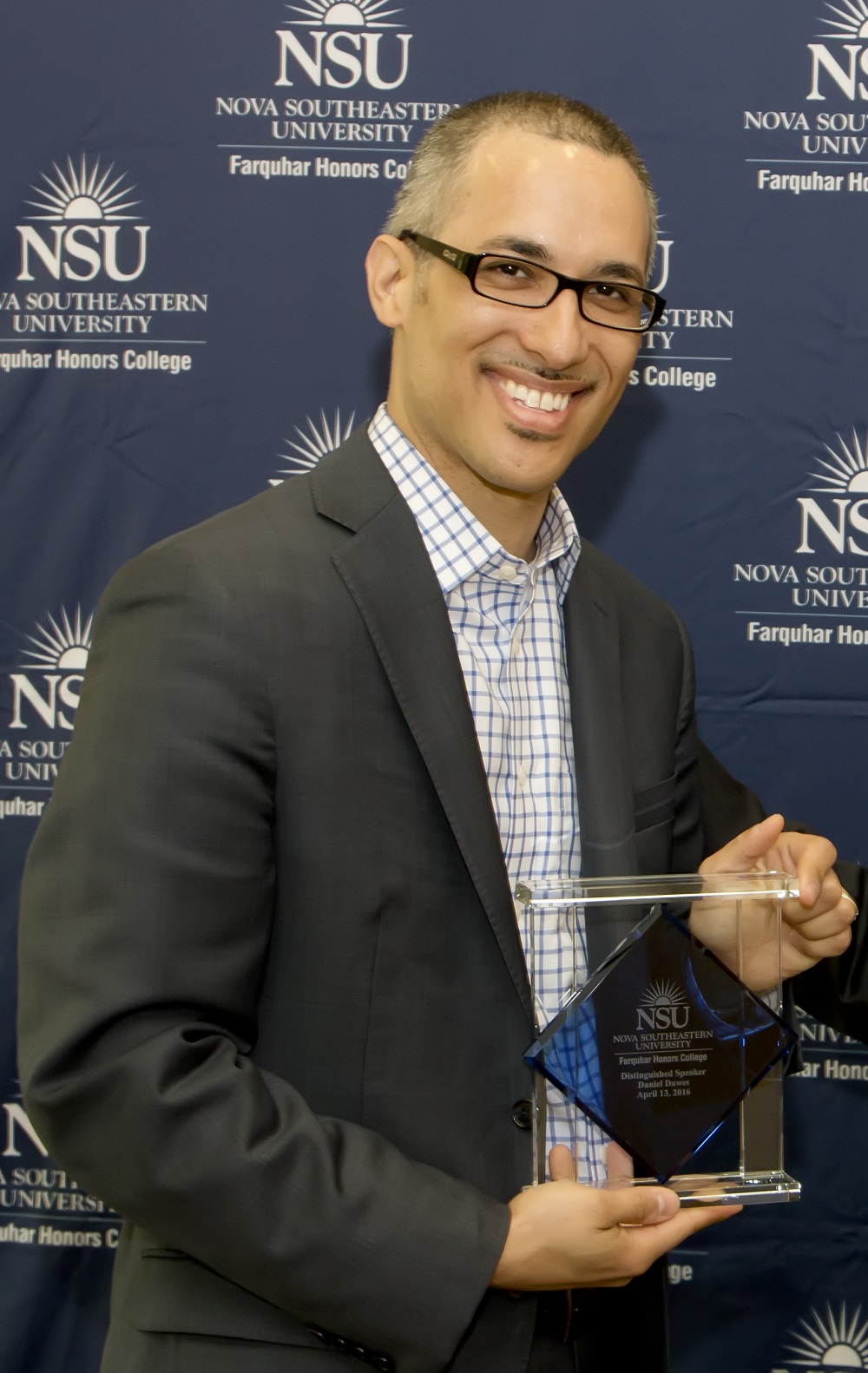 Daniel E. Dawes, J.D., a NSU alumnus, author, and health policy director who played a role in the development of the Affordable Care Act, spoke to the NSU community at the Rose and Alfred Miniaci Performing Arts Center on April 13, 2016, as part of the Distinguished Speakers Series hosted by the Farquhar Honors College.

Click here to view the photos taken during his campus visit.

The executive director of health policy and external affairs at the Morehouse School of Medicine in Atlanta, Georgia, Dawes is the author of 150 Years of ObamaCare (Johns Hopkins University Press, 2016).

The book explores the historical backdrop, development, and impact of the Affordable Care Act (commonly known as ObamaCare), which is President Barack Obama’s 2010 landmark legislation.

Dawes discussed the historical context of the law, as well as its impact on a “three trillion dollar health care industry,” various groups, and its attempt to eliminate disparities in health care access and quality often affecting “minority, underserved, and marginalized communities.

“This is the most comprehensive law we’ve ever had in this country addressing health issues impacting disparate groups,” Dawes said. “And it is the most inclusive law ever produced and passed by the U.S. Congress, not only in terms of the content, but in terms of the people who were brought to the table…people who had been long excluded from this process.”

Dawes cited more than 50 million people in the U.S. who did not have health insurance prior to the passage of the Affordable Care Act.

“In this country, not everyone is able to access health care,” he said. “We envision this law as acting and expanding the safety net in our health care system so that those who are falling through the cracks can be caught and receive the critical services that they need.”

Geographical disparities in health care access and quality exist across the U.S., including regions with less quality and higher rates of poverty, smoking, physical inactivity, and deaths due to heart disease.

With this legislation, “we want to move this country from a fee-for-service model to a model that really pushes value and accountability among providers. We are transforming the delivery of care from [only] treating sickness and moving toward one that prevents illness and promotes wellness. And we’re strengthening the protection for people who have long been discriminated against because of their health status.”

Dawes is a lecturer at Morehouse’s Satcher Health Leadership Institute and Department of Community Health and Preventive Medicine. He founded and chaired the National Working Group on Health Disparities and Health Reform, and is the cofounder of the Health Equity Leadership and Exchange Network.

After his keynote talk, Dawes led a question-and-answer session with audience members.

Click here to learn more about Daniel Dawes and his book, 150 Years of ObamaCare.