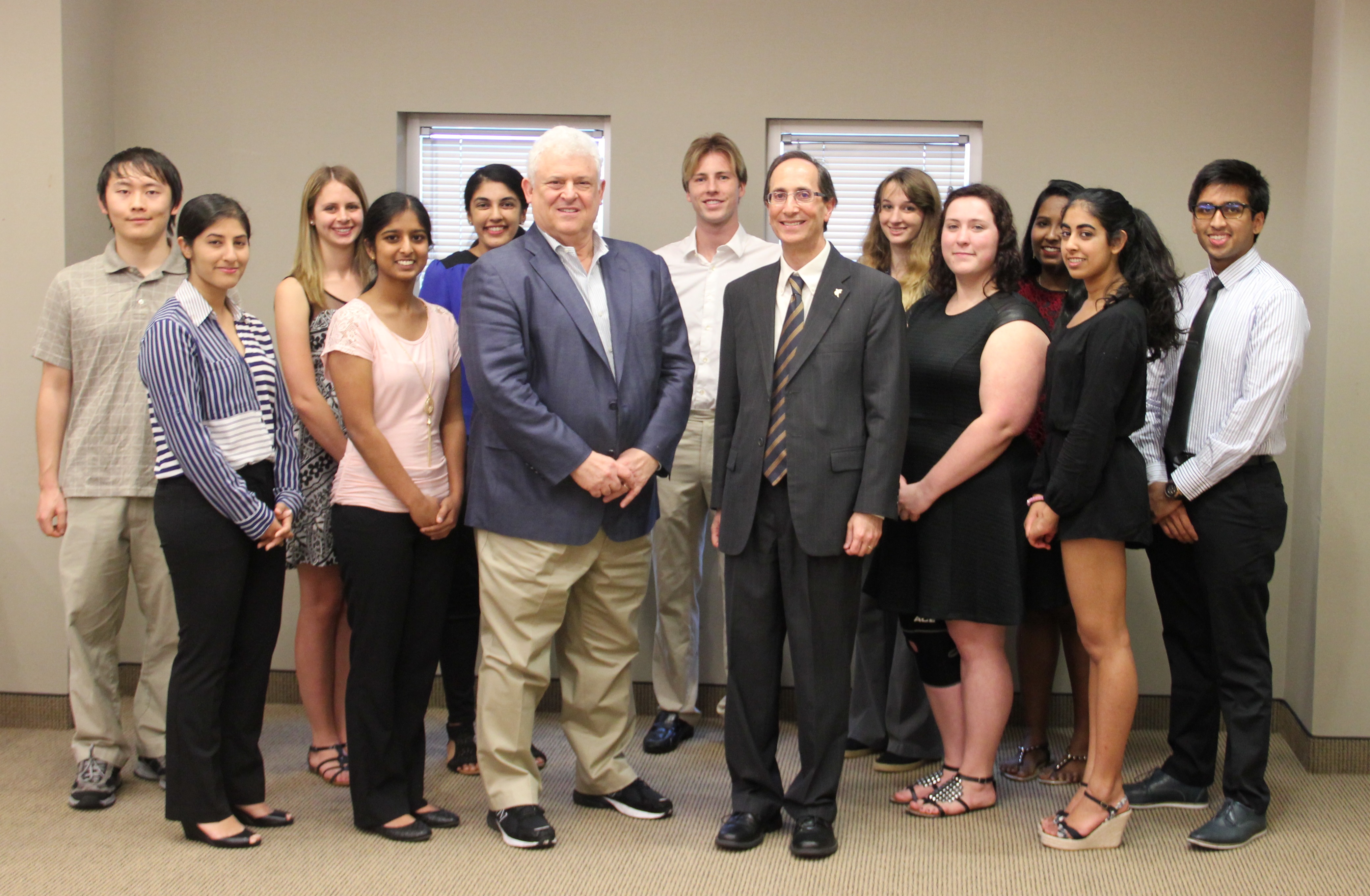 Arthur L. Caplan, Ph.D., internationally known leader in the field of bioethics, spoke to members of the NSU community at the Rose and Alfred Miniaci Performing Arts Center on March 31, 2016, as part of the Distinguished Speakers Series hosted by the Farquhar Honors College.

Click here to view the photos taken during his campus visit.

Caplan, founder and director of the Division of Medical Ethics at New York University Langone Medical Center, focused on the ethical challenges of prenatal genetic testing—both present and future—and the testing for neurological disorders in newborns and children.

With significant developments occurring in genetic testing for diseases such as cancer, “different areas of genetics bring issues that aren’t always so clear cut as to the benefits,” said Caplan.

“Genetic testing down the road, as we identify more of what we can test for, will turn out to be a very, very controversial area,” he said, citing the potential dilemmas of prenatal testing that could identify a genetic predisposition for sexual orientation, nicotine, drug, or alcohol addiction, or antisocial traits.

“We’re learning more literally every single day,” Caplan said. “The area of testing involving newborns and children is very interesting because it raises questions” about what will be done should a fetus, newborn, or child test positive for a trait deemed “undesirable.”

“When you get to behavior in genes, there are obviously big consequences and a lot to argue about in respect to ‘What does this mean, and how are we going to sort all of this out?’[For instance,] it’s not clear to me that that finding a genetic or biological basis for gender or sexual orientation would lead to acceptance. It could lead to elimination,” Caplan said.

Caplan noted the ongoing debate about whether pregnant women who seek prenatal testing for Down syndrome should be required to undergo counseling, and if so, what type information should be included?

National organizations representing parents of children with Down syndrome have advocated that pregnant women seeking prenatal testing should be counseled about the positive aspects of having a child with Down syndrome, as opposed to a focus on the lifelong medical risks and cognitive disabilities associated with the chromosomal condition.

In the U.S., the abortion rate among pregnancies where genetic testing identifies Down syndrome is about 87 percent, Caplan said, leading some states to ban abortions in cases where Down syndrome is the stated reason for ending a pregnancy.

“Down syndrome is historically the number one thing that people get genetic testing for, and it has huge abortion rates associated with it,” Caplan said. “The future of genetic testing is that everybody is going to get it, particularly pregnant women. What can they can test for? Who counsels women about what the testing means? Neutrality is being undercut left and right in the Down syndrome debate.

“What about all those other conditions? Do we want to take the stand that every genetic difference will be presented in an optimal way? What about those conditions that aren’t popular or they turn out to be expensive? Once the government steps in, in the form of this kind of legislation, is that going to stop with Down syndrome?

“We need to start to thinking much more seriously about the role of genetic testing,” Caplan said. “Many of us aren’t paying attention to it. My goal is to make sure that we understand that this is shaping our society…this is going to affect your children and grandchildren.”

Caplan, who received his Ph.D. from Columbia University, is the author/editor of 32 books and more than 600 papers in peer-reviewed journals. His most recent book is Replacement Parts: The Ethics of Procuring and Replacing Organs in Humans (2015). His 2008 book, Smart Mice, Not So Smart People, is the focus of an NSU Honors seminar.

He is currently the co-founder and dean of research of the Sports and Society Program; head of the ethics program at the Global Institute for Public Health; and the Drs. William F. and Virginia Connolly Mitty Professor at the Langone Medical Center. Caplan is also a commentator for WebMD/Medscape, WGBH radio in Boston, and WMNF public radio in Tampa. He writes a column on bioethics for NBC.com.

A fellow of the Hastings Center, the New York Academy of Medicine, the College of Physicians of Philadelphia, the American College of Legal Medicine, and the American Association for the Advancement of Science, Caplan holds seven honorary degrees from colleges and medical schools.

After his keynote talk, Caplan led a question-and-answer session with audience members. He met earlier with students from the college’s Undergraduate Honors Program.